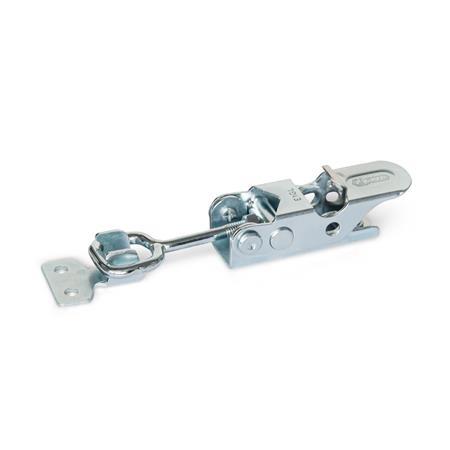 When the operating lever is closed, the eccentric configuration of the bolt shaft causes the latch bolt to move towards the catch. At the end of the lever movement, the bolt shaft has exceeded the eccentric dead center point and thus automatically keeps the toggle latch closed.

For GN 761.1 toggle latches with safety mechanism, a safety hook snaps firmly into the base body when the operating lever is closed. This prevents an inadvertent or vibration-induced release from the clamping position. To open the latch, the safety hook can be unlocked with one hand.

The latch bolts of the toggle latches can be adjusted within the adjustable range w2. The catch is included.

Total US Dollars (net)
$10.96
In Stock: 6
In Stock
Please note our quantity discounts (US Dollars).
Prop 65: Not compliant
WARNING:
Cancer and Reproductive Harm - www.P65Warnings.ca.gov
RoHS: Compliant
This article is RoHS-compliant in application of Annex III., which means it complies with EU Directive 2011/65/EU, including extension (2015/863/EU), for restricting the use of certain hazardous substances in electrical and electronic devices. The Directive regulates the use of hazardous substances in devices and components. The implementation in national law is summarily described with RoHS(Restriction of (the use of certain) hazardous substances)).
Weight: 0.143 lbs
If weight is not listed, please contact our Sales Department for additional information regarding weight.
Phone: 800-877-8351
All Prices are in US Dollars. Taxes Not Included. 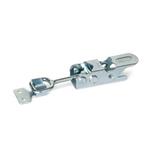 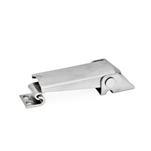 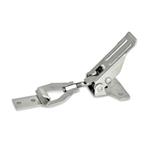 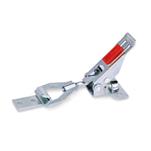 +1-800-877-8351 sales@jwwinco.com
Request Callback
An error has occurred!
We have received your callback request and will contact you soon.